For information on Mayfield listings, to schedule showings or a free home evaluation, contact Audrey Abuan, Remax Realtor at 780-910-5179. 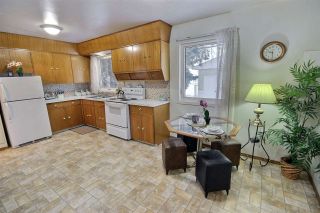 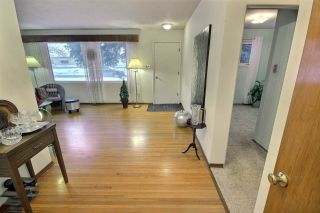 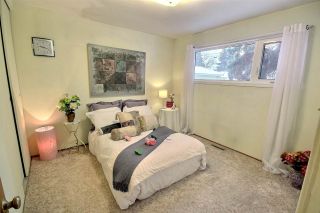 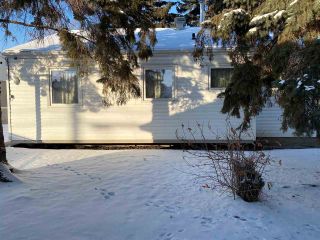 “Do you want the CONVENIENCE & EASE of everything on the main floor? Pride of OWNERSHIP is woven into every inch of this extremely well maintained BASEMENTLESS bungalow. Suitable for singles, retirees or those w/reduced mobility as no stairs or a young, growing family with loads of space. This bungalow is perched on a 50x120 lot and offers, large eat in kitchen, walk in pantry/utility room, big bright living room w/stunning original hardwood, 3 good sized bedrooms & full bath. This bungalow boasts SO many recent updates including house/garage shingles, furnace, hot water tank, vinyl crank windows, vinyl insulated siding, low maintenance chain link fence & brand new underground electrical to house & garage.There is literally nothing to do here but move in and ENJOY an affordable home, a DOUBLE OVERSIZED detached garage & a huge SOUTH backing lot with room for garden, gazebo and more. Close to all levels of schooling, major connecting routes, bus and shopping access steps away. "Enjoy this beauty!"

Basement:
None, No Basement

These statistics are generated based on the current listing's property type and located in Zone 21. Average values are derived using median calculations.
Get market change alerts
Copyright 2021 by the REALTORS® Association of Edmonton. All Rights Reserved. Data is deemed reliable but is not guaranteed accurate by the REALTORS® Association of Edmonton.

Mayfield Edmonton is a mix of residential and commercial real estate in west-central Edmonton near Grovenor. It was named in honour of Wop May, World War One pilot and pioneer of Edmonton's civilian aviation. Mayfield homes for sale are affordable properties built between 1955 - 1965 and offer a few styles to choose from smaller basement-less bungalows to larger two-story houses to split level homes. Another concentration of commercial development is located at the corner of 111 Avenue and 156 Street with major commercial amenities nearby in Mayfield Common, a regional shopping centre along Stony Plain Road and Mayfield road. Mayfield is best known for its friendly community. Contact us for recently sold Mayfield house prices or receive a free market analysis of comparable properties.

Mayfield is situated in west-central Edmonton, north of 107 Avenue and west of Grovenor. The bulk of residential construction within Mayfield took place in the 1950s and 1960s and continued slowly into the early 1980s along with a school and park site. Detached houses, predominately bungalows, are oriented around the school and park site. The Mayfield street pattern is a good example of the modified grid pattern that became popular after World War II. While the majority of housing units are detached houses, Mayfield also offers several multi-family condominiums and is surrounded by industrial uses.

The name was chosen through a naming contest in 1954. Mayfield was named in honour of Wilfrid R. May, a civilian aviation pioneer and World War I fighter pilot who founded Edmonton’s first air service in 1919 and established our northern Alberta Aero Club in 1928. He was inducted into Canadas aviation hall of fame in 1973. This part of west-central Edmonton is best known for the Mayfield Dinner Theatre